Posted by Eliza Posted on October 27, 2022
Posted in Bankruptcy Lawyers 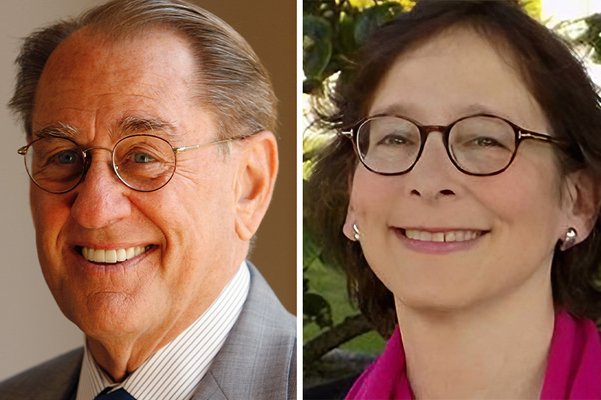 PHILADELPHIA — The American Law Institute’s Council voted today to approve the launch of the Restatement of the Law, Constitutional Torts. The project will be led by Reporters John C. Jeffries, Jr. of University of Virginia School of Law and Pamela S. Karlan of Stanford Law School.

The project will examine the law of 42 USC 1983, which provides an individual the right to sue state government employees and others acting “under color of state law” in the federal court for violations of federal law. Actions under 1983 are the dominant vehicle for securing money damages for federal rights, especially constitutional rights. The project also will cover Bivens[1] actions, the analogous cause of action for violations by a federal officer. Among other topics, the Restatement will cover governmental immunities from suit, local government liability for official policy or custom, and restrictions on 1983 actions imposed by the Prison Litigation Reform Act and the overlapping law of federal habeas corpus.

“We thought very carefully about the title of this Statement and what it would cover,” explained ALI Director Richard L. Revesz. “We considered ‘The Law of 42 USC 1983,” but felt that would limit the project to only examine actors under the law of any ‘State or Territory;’ it would not apply to federal officers. Titling the project ‘Constitutional Torts’ broadens the scope to any analogous cause of action against federal officers, created in Bivens. Where Bivens actions lie, the all-important defense of qualified immunity is the same as for state officers sued under 1983. Any Restatement of this field should cover both.”

ALI’s Restatements of the Law are primarily addressed to courts and aim at clear formulations of common law and its statutory elements, and reflect the law as it currently stands or might appropriately be stated by a court. Although Restatements aspire toward the precision of statutory language, they are also intended to reflect the flexibility and capacity for development and growth of the common law. That is why they are phrased in the descriptive terms of a judge announcing the law to be applied in a given case rather than in the mandatory terms of a statute.

“Whether under 1983 or bivens, immunity is the largest single topic in the law of constitutional torts,” said Reporter Jeffries. “The president has an immunity that no state officer can claim, but otherwise state and federal defendants are parallel. Legislative, judicial, and some prosecutorial functions trigger absolute immunity. The boundaries of absolute immunity are, especially for prosecutors, not always clear and are intensely controversial. These issues would be covered in detail. Executive officers enjoy qualified immunity, the contours of which are complicated and contested. Documenting the law of qualified immunity for various rights and in various situations is likely to be the largest single topic in the Restatement.”

“In addition to officer suits, one class of defendants, local governments, can be sued directly, but only for acts reflecting official policy or custom,” continued Reporter Karlan. “Superior response is not allowed. When localities are amenable to suit, they have no immunity. Thus, the identity of the defendant determines the liability rule and greatly increases the incentive of plaintiffs to sue localities, rather than officers, whenever possible. On occasion, there is liability for policy-by-omission, for example, for failures to train government employees who then commit constitutional violations. Charting the line between these statements is exceedingly difficult and will be a major topic for the Restatement.”

Together with the core components of litigation under 1983, there are several subsidiary topics to be covered. These include the relation of 1983 to the Eleventh Amendment and the circumstances in which a suit properly pleaded against a state officer will nevertheless be found to be against the state itself and thus barred; damages (nominal, compensatory, and punitive); the meaning of 42 USC 1988(a), which provides that certain “deficiencies” in federal law be filled by the law of the state where the federal court sits; the application of this approach to statutes of limitation; and the invalidity under the Supremacy Clause of certain state-law provisions affecting § 1983, including substitution of remedies, notice-of-claim statutes, and exhaustion of remedies.

The Restatement will also include two boundary constraints: the Prison Litigation Reform Act of 1995, codified at 42 USC 1997e(a); and the overlap between 1983 and federal habeas corpus, which has, in curtailment of the former for some situations in which both might apply.

The Restatement will not cover the provision of attorney’s fees under l988(b).

John C. Jeffries, Jr. is the David and Mary Harrison Distinguished Professor of Law and Counselor to the President at the University of Virginia School of Law. John Jeffries joined the Virginia law faculty two years after earning his law degree in 1973. His primary research and teaching interests are civil rights, federal courts, criminal law and constitutional law. Jeffries has co-authored casebooks in civil rights, federal courts and criminal law and has published a variety of articles in those fields. He also wrote a biography of Justice Lewis F. Powell, Jr.

In 1986, Jeffries was appointed the inaugural Emerson Spies Professor of Law, a position created to honor a long-time teacher and former dean. Jeffries has also held a variety of other academic appointments, including the Arnold H. Leon Professorship. He served as academic associate dean from 1994 to 1999. In the fall semester of 1999, he was acting dean during the sabbatical of Dean Robert Scott. He became dean in the fall of 2001 and served until June 2008. In 2017 he received the Thomas Jefferson Award for excellence in scholarship; the awards are the highest honor given to members of the University community. From August 2018-January 2021 he was senior vice president for advancement at the University of Virginia. He now serves as counselor to UVA President Jim Ryan. He is a member of the American Law Institute and of the American Academy of Arts & Sciences.

During law school, Jeffries served as editor-in-chief of the Virginia Law Review. He received the Z Award for the highest academic average and the Woods Prize for the outstanding graduate. Immediately after graduation, he clerked for Justice Lewis F. Powell Jr. before serving in the US Army as a second lieutenant.

Pamela S. Karlan is the Kenneth and Harle Montgomery Professor of Public Interest Law and the Co-Director of the Supreme Court Litigation Clinic at Stanford Law School. A productive scholar and an award-winning teacher, Karlan is co-director of the school’s Supreme Court Litigation Clinic, where students litigate live cases before the Court. One of the nation’s leading experts on voting and the political process, she has served as a commissioner on the California Fair Political Practices Commission, an assistant counsel and cooperating attorney for the NAACP Legal Defense Fund, and a Deputy Assistant Attorney General in the Civil Rights Division of the US Department of Justice (where she received the Attorney General’s Award for Exceptional Service – the department’s highest award for employee performance – as part of the team responsible for implementing the Supreme Court’s decision in United States v. Windsor). Karlan is the co-author of leading casebooks on constitutional law, constitutional litigation, and the law of democracy, as well as numerous scholarly articles.

About The American Law Institute

The American Law Institute is the leading independent organization in the United States producing scholarly work to clarify, modernize, and improve the law. The ALI drafts, discusses, revises, and publishes Restatements of the Law, Model Codes, and Principles of Law that are enormously influential in the courts and legislatures, as well as in legal scholarship and education.

By participating in the Institute’s work, its distinguished members have the opportunity to influence the development of the law in both existing and emerging areas, to work with other eminent lawyers, judges, and academics, to give back to a profession to which they are deeply dedicated, and to contribute to the public good.