Posted by Eliza Posted on December 2, 2022
Posted in Bankruptcy Lawyers

‘Renegade for Justice’ by Stephen Saltonstall 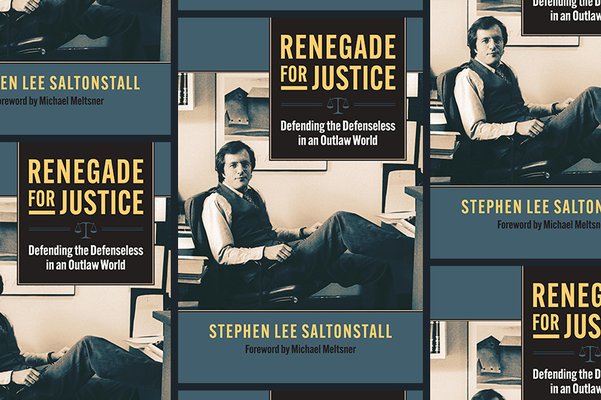 From the book’s description:

“This is a book of courtroom war stories, drawn from my forty years of experience as an obscure lawyer for the underdog and the downtrodden.” So beginsRenegade for Justice, a memoir of a public interest lawyer driven by the cause of justice. While the stories Stephen Saltonstall tells are entertaining, they are also instructive, providing, as he says, “an insider look at the American justice system, which is rigged against the poor and people of color and tolerates police perjury.”

Renegade for Justicebegins by telling the story of how and why a privileged kid from Cambridge, Massachusetts, broke from family tradition and devoted his professional life to defending the defenseless in a justice system that is crippled by systemic injustice. Activist lawyer Stephen Saltonstall brings readers into the world of criminal defense by recounting narratives of his cases, including a successful attack on a Massachusetts death penalty statute, appeals of two notorious homicide cases (a serial murderer and a cop-killer), an effort to save the life of a little boy whose parents refused to give him the medical treatment he needed for acute lymphocytic leukemia, free speech cases for students and an environmentalist carpenter, litigation to save critical black bear and neotropical migratory songbird habitat from the US Forest Service clear- cutting, and more. In a system biased against the public interest and the underprivileged, Saltonstall gives people a model for practicing values-based law.

Channeling the spirit of radicals like William Kunstler, Saltonstall writes not only for activists who want to understand our society better, but also for those thinking about becoming a lawyer. As he wrote in the preface, “I hope my stories will challenge those of you—you know who you are, you who dream of soft landings in the glittering halls of boring, soul-free law firms doing the bidding of the uber-rich and powerful—to visualize the alternative, a career that’s built on cases and causes that further the public interest, human rights, and care of the natural world.”